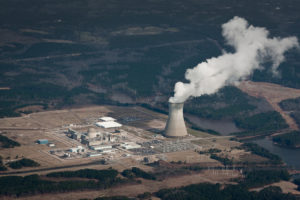 The front page of the December 21, 2015 issue of the Asheville Citizen-Times featured an article about Duke Energy’s efforts to combat continued cyber-attacks on its critical systems.  The fact that it is front page news focused on the largest power provider in the nation should be sobering.  Most folks are unaware of these attacks and many who are, brush them off, not thinking of the seriousness of the threat.

It is just such an attack that could darken the lights of the nation in a moment, without warning and without amassing an army.  All it takes is a few hackers with a computer, the desire and the knowledge to do so. Duke Executive Vice President, A.R. Mullinax said “I don’t want to incite panic, but we’re very cognizant that the cyber threats are real.”  The article quotes sources as saying at least a dozen times in the past ten years, hackers have gained sufficient access to the power grid to shut down power across the United States.  Imagine for a moment what that would mean to you.  Any extended outage on such a large scale would lead to mass panic.  Wouldn’t it be good to have somewhere to go to in such an event?  Call Retreat Realty today to find the perfect getaway place so you can be prepared.