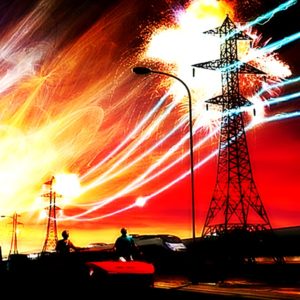 A recent Homeland Security subcommittee report presented to Congress describing the threat and impact an EMP could have on the continental U.S. was featured in Forbes Magazine. Anyone who follows this blog has read previous postings about an Electromagnetic Pulse detonation (EMP) and knows that this is perhaps the most talked about threat among those who have a prepper mindset.

Without rehashing the technical details and historic research of this very real threat, the most alarming statements came from Peter Vincent Pry, former Chief of Staff of the Congressional EMP Commission who holds a certificate of nuclear weapons design from the U.S. Air Force Nuclear Weapons Lab. In one, he contends that due to our nation’s dependence on “just in time” delivery of goods, the resulting collapse of the power grid from an EMP would result in mass starvation, disease and eventually the death of up to 90% of the population. Sounds scary and farfetched, but the reality is that much of the food you buy in the local grocery store is grown hundreds, if not thousands of miles away. It is transported on diesel electric trains and trucks that get their fuel from electrically operated gas pumps. It is processed in packaging plants that run on electricity. It is refrigerated in coolers operated on electricity. It is scanned using electronic bar code readers and paid for in electronic debit/credit transactions. Everything depends on electricity.

I can’t say I agree with a 90% mortality rate, but we are a technologically electronically dependent society, and without electricity for any extended length of time, life as we know it would get ugly very quickly. That’s why many people are contacting Retreat Realty in order to acquire homesteads and land here in the mountains of Western North Carolina in order to prepare for such an event. Hopefully, it will never be needed for such, but in the meantime, these properties can used as family retreats and playgrounds. So call or email us today to discuss how we can help you find the right property so you and your family can be prepared and less dependent upon the power grid.