Is A Bunker For You? 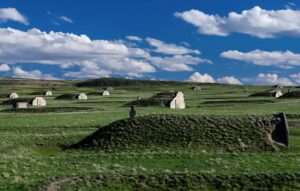 Is living in an underground bunker or shelter for you?  To most of us, the thought of living in an enclosed concrete bunker in the middle of nowhere sounds crazy, but little by little folks are taking notice and making the move.  Vivos xPoint is just such a place.   Located on what was the Black Hills Army Base and used for weapons storage is the 7,000 acre development dotted with hundreds of earth bermed munitions bunkers about 500′ to 1,000′ apart.  Its a barren landscape with no trees nearly two hours to the nearest Walmart and town of any size, but therein lay the appeal.

Two years ago, as cities were burning, looters were destroying the inner cities where one could previously walk freely enjoying restaurants and cafes, folks living in those cities started thinking of relocating.  I can’t count how many calls and emails we’ve had from folks in Chicago, New York, Baltimore, San Diego saying they fear for their lives.  Most of them are thinking of relocating to more rural areas such as our Blue Ridge Mountains here in North Carolina with lower crime, fewer people, but stunning scenery and a high quality of life.  However, some have chosen to go all in by purchasing individual retired military command bunkers, missile silos and now bunkers in places like Vivos xPoint.

Its not the lifestyle for everyone.  Most people that purchase such a property use it as a backup plan, not intending to live full time in that location but rather a place they can go to in an emergency.  For others, they will make it their new norm, living there full time.  There are certainly some benefits to owning such a structure in a well designed and thought out place like Vivos xPoint, however, there are many things one should seriously consider that may outweigh its benefits.  There’s not enough space to address it here, but speak to some of the experts I know in this field, and they’ll quickly tell you the pitfalls of such an approach.  In my opinion (and those of most of our clients), it is better to have a nice home tucked away in our mountains, out of sight, yet convenient enough to major services on land that can provide sustenance for one’s family.  That is, find a property with several acres, a natural water source, privacy, some fields for growing or livestock and situated in a community of like minded folks whom you can call on in an emergency.  That’s what western North Carolina offers.  Its a place where neighbors help neighbors, but also give everyone their own space to do what they want.  Why not own a place such as this affordable off-grid home on nearly ten acres or something larger like this 29 acre farm with pond, creek, pastures, barns, etc. and enjoy it as a second home during good times and a retreat or bugout property if times get tough?

So rather than dropping $50k to $200k on an abandoned munitions bunker on the windswept plains of South Dakota (freezing cold in winter), why not look at some beautiful acreage and homes in our neck of the woods, and enjoy four mild distinct seasons and still live like a human being rather than a prairie dog in South Dakota?  Or if you really want to have a bunker, do what our ancestors did and have a root cellar, just do it up nice.