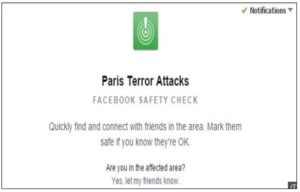 I am not a superstitious individual at all.  Numbers and dates are just that: ways to record and communicate time and quantities.  But Friday, November 13th will forever be etched in the minds of Parisians as this was the eve in which terrorists killed at least 129 persons at several public places in Paris.  The usual suspects are to be blamed, and while I grieve for those who lost loved ones and those who must deal with all manner of injuries, one lesson from this for Retreat Realty clients is the government’s response in two words: “Lock down”.

Paris has a population of some 2.25 million and as I write this, it is on lock down.  Reports indicate that public transportation is either stopped or greatly curtailed.  Public buildings and museums are closed.  A curfew has been imposed.  General travel about the city has been restricted.  The Cabinet ordered most businesses closed.  The borders have been sealed temporarily.  Airspace over Paris and surrounding areas has been closed off.  Even Disneyland Paris is closed.  The normal routine of life for those 2.25 million people came to a screeching halt at the trigger fingers of no more than ten gunmen.  Think about that ratio for a moment.  Ten persons out of two million two hundred fifty thousand brought one of the world’s preeminent cities to its knees in a matter of minutes.  And their impact doesn’t stop at the borders of France.  It has and will have repercussions around the civilized world.

The government’s response was swift and will undoubtedly increase the every day military presence in the “City of Lights”.  I recall during college visiting Germany and stepping off the plane to see armed guards with assault rifles walking through the airport.  I was shocked.  It was so foreign to me.  But events like this have only increased the normalcy of the presence of military and security personnel in our every day lives.  Although the increased presence is well-intended, the side affect is that populations become desensitized to living among armed personnel.  The end result is that when an event such as this occurs, civilians suddenly find themselves under martial law with their freedoms greatly restricted.  If you think it can’t happen in America, look no further than New Orleans during the days following Hurricane Katrina which saw martial law, curfews, confiscation of property (boats, vehicles, firearms) and forced removal from ones’ homes.

That is why it is important to be prepared.  Keep a “to go bag” packed and ready for a quick exit should something like this happen in your town.  Then make sure you have a safe place to go to.  That’s where Retreat Realty comes in.  Call us and we’ll help you find the right retreat property where you can safely and comfortably weather the storm that will come with the next inevitable terrorist attack.  Following an event like Paris 11/13/15, you’ll want to be anywhere other than under martial law living under a curfew.