Power Out in Black Mountain 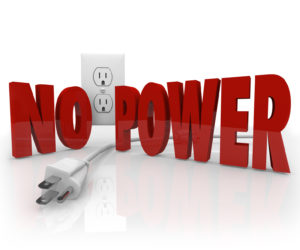 As I write this post, the power is out in Black Mountain.  Not only in the town of Black Mountain, but the town of Montreat and Montreat College where classes have been cancelled.  No snow.  No ice.  No wind.  Nice sunshine and mild temps.  Nothing out of the ordinary.  Living here in the setting of Bill Forstchen’s book “One Second After“, it creates a slightly odd feeling when the power goes out without any apparent cause.  The first thought goes to that of an EMP or a solar flare that has disrupted the power grid.

One of the first things I did was hop on my cell phone and checked web cams in various locations throughout the state.  All good elsewhere, so the power outage here is local.  That’s a relief, but an inconvenience, except for those who have an alternate power source such as our Goal Zero Solar Generators or this recently listed house which is totally off-grid, powered by micro-hydroelectric and solar.  Its not until we are without the conveniences of electricity that we realize upon which so much of our society depends upon it.  Everything is electricity dependent.  Everything.

Think for just a moment how a steady, low cost power supply keeps things humming in our world.  Take it away and its like knocking out the pillars holding up a bridge.  Having a whole house generator is a good idea.  Just keep some fuel on hand for long term outages.  If you want to go lower profile, get a Goal Zero Solar Generator which is basically a large battery with an interface allowing you to charge it via a solar panel array and connect various appliances to it.  So invest in an alternate power source, but if you want to go all out, you might consider buying your own off-grid homestead such as this one or this one.