Preparing For A Major Snow Event 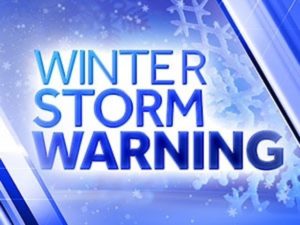 For those of us in the mountains of Western North Carolina, we’re busily preparing for a major snow event.  One very nice thing about living in western North Carolina is that we have four very distinct seasons and though we tend to get several snowfalls each winter, rarely do they exceed five or six inches and seldom are the roads impassable for more than a day.  I often joke with clients that we live in North Carolina, not North Dakota.  That is true for most years, but then there’s this weekend……..

Based on every forecast including Rays Weather which is considered by most mountaineers to be the most reliable of all forecasters, this weekend could see an “epic snow event”.  In the Asheville area, which isn’t known for getting huge snowfalls, the prediction is for 12 to 18 inches.  At higher elevations, more than two feet are predicted.  That means anyone above 3,000 feet in elevation, and especially those living in coves could see tremendous accumulations.  Seeing the long lines and empty shelves at the local grocery stores reminds me of images from a couple of years ago in which thousands of motorists found themselves stranded on I-75 in Kentucky in a snowstorm.

If you have to be traveling in the winter, it is wise to be prepared to overnight in your vehicle in case you get caught in one of these sudden events.  Have water, blankets, flashlights, some food, extra batteries, a shovel, toilet paper, hand warmers, roadside flares, baby formula for the little ones, etc.  These things could make the difference between it being an inconvenient adventure to a life or death struggle.  Remember, prepping isn’t always about apocalyptic end of the world scenarios.  Disasters can happen at any moment.  Here’s to hoping that the snow is pretty, but the lights stay on!