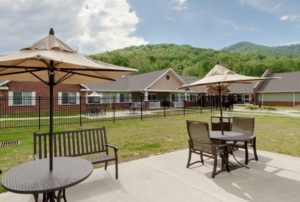 Thank you Veterans!  This post has nothing to do with real estate or prepping, but rather a public thank you to our veterans.

I just had the privilege of attending a Black Mountain Chamber of Commerce After Hours at the North Carolina Home for Veterans.  I have attended many of these gatherings, but this location was a first.  The facility is top notch.  It should be, these men and women have earned it.  But more than that, the folks I met left me humbled and grateful to them for their service.

I was able to sit at a table with five of them and peppered them with questions as I heard their stories.  One served in WWII in the South Pacific having flown 46 combat missions in a B-24 Liberator.  Another was a helicopter mechanic during the Vietnam War and after.  Another visited 30 countries while in the Merchant Marine.  The lone woman in the bunch was a Navy statistician.  Finally, the fifth was a Navy pilot in the 50’s.   All but four were wheel chair bound.  One was very hard of hearing.  The Navy pilot couldn’t remember the planes he flew or the aircraft carrier on which he was stationed.  But their eyes lit up as they recalled various events during their service careers.

Sadly only one has any family within the state.  With no one to watch after his farm in New Jersey, another talked of his old farm being pillaged in his absence.  While they live in close proximity to others of their age and era here at the home and have excellent care from the staff, I couldn’t help but feel they were lonely. 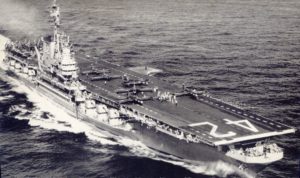 My father is a Navy veteran, having served aboard the USS Franklin D. Roosevelt (CVA-42) in the 50’s.  My father-in-law served in Japan during the occupation after WWII as a language specialist.  He was born to missionary parents in Japan, and thus had a mastery of the language.  Fortunately, they are in good health and have very caring extended family and friends.

My point of this post is simply to say “Thank you” to our veterans.  I’ve always loved military history, but now I have new faces to go with the history about which I’ve read.  So I encourage all of you to be sure to thank any veterans you come across and whenever possible, take some time to visit those in our veterans homes.  They’ll appreciate the company, and you’ll come away a better person for having done so.