The Risk of “Normalcy Bias” 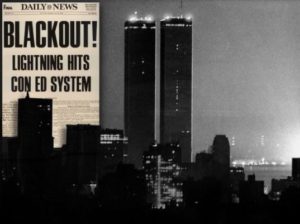 Its been said that the majority of the population lives with the mindset of “Normalcy Bias”.  This means they are so accustomed to the conveniences and routines of life that there is no awareness of the fragility of those systems that keep things convenient and routine.  The truth is, as a civilization becomes more technologically advanced, the greater its risks.

Think for a moment what our great grandparents endured just to live.  The majority of them lived an agrarian lifestyle and were relatively self-sufficient.  Today the typical American goes into withdrawal if the cable goes out for an hour.  Our great grandparents were industrious and new how to grow things, fix things, build things, etc.  How many of us today know how to work with hand tools that don’t come with a power cord (or battery pack)?  The point is we are totally dependent upon the steady flow of electricity to our homes and businesses.  Take that away for any substantial length of time, and watch out!

For a few years, I worked in Guyana, South America and spent time in its capital, Georgetown.  It was not uncommon to have power outages at any time of day.  The locals were so desperate that they sometimes stole the copper power lines from the electric grid for resale.  In that environment, every household of substantial means had a generator and those that didn’t knew how to get along without power. 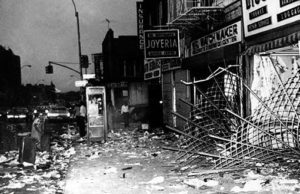 There have been significant power outages here in the U.S. such as the July 14, 1977 blackout of New York City.  Three lightning strikes created a domino effect and blacked out almost the entire city.  It didn’t take long for looting to become widespread.  Click here to watch the original ABC News broadcast.  It may surprise you to learn that this could happen to the entire power grid of the U.S.  The Federal Energy Regulatory Commission issued a report to Congress in 2014 stating that if just a select nine of the more than 55,000 power sub-stations in the U.S. were taken out, the domino effect would send the U.S. into darkness.  Dr. Peter Pry, formerly of the CIA and serving on the Congressional EMP Commission stated that such and event would likely leave the U.S. largely without power for 18 months.  Imagine what that would do to our fragile society and population that lives with the “Normalcy Bias”.  It wouldn’t be pretty.

So how would you survive?  Call us today to discuss your options in the North Carolina Redoubt of our western mountains.