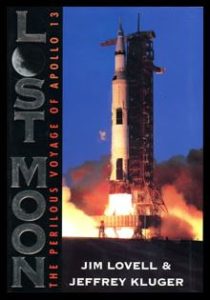 One of my favorite movies is Apollo 13, which chronicles the events surrounding the explosion on the Apollo command module in 1969.  Its one of the few “based on a true story” movies that is actually quite accurate.  I’ve read the book “Lost Moon” by Commander Jim Lovell and had him actually sign my copy.  The movie very accurately reflects the events that took place.  So what does the Apollo 13 mission have to do with prepping and survival property?  It has to do with the importance of electricity in our daily lives.

Late in the mission as a group of engineers are arguing about the importance of trajectory, reentry, fuel, oxygen supply, etc., John Aaron, a flight engineer shouts down the crowd and exclaims “Power is everything.  Without it they don’t talk to us, they don’t correct their trajectory, they don’t turn the heat shield around.”  The point is, without power they die regardless of how much fuel, oxygen or water they have.  This drives home the point of the importance of power to us here on Earth.

We are so accustomed to simply turning on a switch to get light, or adjusting the thermostat to heat our homes, or running life support in a hospital, etc.  Without it, fuel doesn’t pump at the convenience store; food at the grocery store goes bad; insulin which requires refrigeration goes bad; the internet and news goes dark; your phone goes dead.  Unless you have some cash stashed away, everything you have in your bank accounts vanishes because its all a collection of zeros and ones in the banking software that runs on electricity.  Until we find ourselves without it, we just don’t realize how dependent we are upon electricity.

Unfortunately, the power grid that supplies us our electricity is very outdated, in various states of repair and becoming more and more unreliable.  These are the conclusions of power company executives, engineers and those in the know.  It is known that groups have the ability via a cyber attack to shut down the grid.  A sniper attack on a northern California substation in April 2013 shut down power for millions and has been labeled by PG&E executives as what they consider a “dress rehearsal” for something worse.  Read about the event here as reported by NPR.  But its not only manmade threats that are a risk.  We are at risk of natural disasters such as earthquakes and solar flares or coronal mass ejections such as the “Carrington Event” of 1859 which impacted telegraph systems worldwide and caused the Aurora Borealis to extend as far south as Cuba.  An equally sized CME occurred in July 2012, but the difference was the Earth wasn’t in its direct path.  Daniel Baker of the University of Colorado who authored a paper for NASA stated “If it had hit one week earlier, we’d still be picking up the pieces.”  Read the article here on the NASA site.  The point is, we should all be prepared for sudden power interruption and the ensuing chaos that will follow.

That’s why Retreat Realty exists: to help forward thinking folks prepare by having a safe haven to go to in time of need where they can live off-the-grid if necessary.  Here at Retreat Realty we know what to look for and how to find the ideal mountain prepper property.  So call us today to discuss how we can help you in your search.