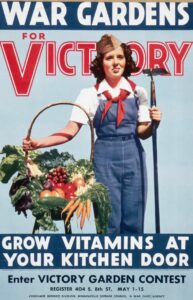 Have written a couple times recently about the gradual downward spiral we’ve been witnessing regarding productivity and supply chains here in the U.S.  Still hard to imagine that we could be turning into Venezuela, but its happening on a slow boil with most folks not noticing.  By the time its noticed, it will be too late.  Now is the time to prepare.

In the early 70’s Venezuela had the highest standard of living and per capita income of all South American nations.  It even rivaled that of Japan.  Fast forward 20-30 years and it became a shambles.  Today, three out of four live in severe poverty as reported by the BBC in September.  These folks are estimated to be living on less than $2 per day.

We’re not anywhere close to that today (after all, it took 30+/- years for the Venezuelan government to wreck things), but folks who have fled Venezuela recently are giving us warning to stop the madness.  Some of the first signs are the growing empty shelves in grocery stores and such.  Then we’ve heard about supply chain disruptions and auto plants cutting back to four day work weeks.   How long can it go on?

But what concerns me most is the impact on our food production.  For decades, food production has become more and more centralized, controlled by a few mega corporations.  The same is true of distribution and processing.  Bet you didn’t know this, but 85% of all meat processing is handled by four large corporations, and last year when a ransomware attack hit one of them, it hobbled production nationwide.  Then Russia moved on Ukraine which resulted in sanctions and disruptions on raw materials for fertilizers, which have impacted growers here.  Now Union Pacific, the railroad giant announced it is delaying shipments of fertilizer in order to “ease the pain” of other shipping customers.  That is, they have published a statement advising farmers to cut back on their production because the railroad will not be transporting as much product around the country.  Imagine that.  The railroad telling farmers to cut back on planting.  CF Industries, the nation’s largest producer of nitrogen and hydrogen products, was told by the railroad to cut back its shipments by 20%.  What does this mean to your grocery cart?  A lot.

Food disruptions and shortages are coming and they’re going to get worse before getting better.  Don’t wait for panic buying to begin, because at that point its too late.  Start preparing a little at a time now.  Supplement it with a garden.  One of the easiest methods to grow your own veggies is with the Garden Patch Grow box or something similar.  We’ve had them for years and they are very productive and easy to use.  So its time to become a little more self-reliant and stock up.  I’m too young to remember “Victory Gardens” during WWII, but my parents remember.  Perhaps we should be reminded.  Been saying this for years, but with a pandemic, droughts, war in Europe, distribution delays and who knows who running Washington, there’s not a better time than now to get prepared.