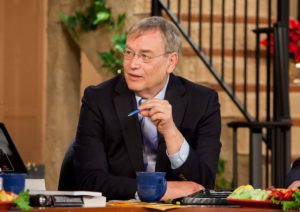 The catalyst that started me on the path to disaster preparedness was the moment I read the book “One Second After“.  It is recognized in these circles as the seminal book on the subject.  Its a fictional tale written by New York Times Best Selling author, Dr. William Forstchen, PhD.  It takes place in my adopted hometown of Black Mountain, NC and tells the story of how this town responds and survives after the United States is attacked with a high atmosphere nuclear detonation that shorts out all electrical circuits in the U.S.  This sounds like science fiction, but such a threat actually exists and has been debated at great length among  Homeland Security, Congress and the military.  Air Force One is hardened specifically to withstand such an electromagnetic pulse (EMP).

There have been two known tests of such a device: one by Russia over Siberia and one by the United States in the south Pacific, both in the 1960’s.  The American test “Starfish Prime” was conducted on July 8, 1962 more than 800 miles from Hawaii over Johnston Island.  The results unexpectedly shorted out radios and power systems in Honolulu.  This was from a very small device at a time when electronics were much more robust than today’s sensitive microprocessors.  Multiple nations possess the ability to deliver such a device including North Korea, but even more worrisome is the fact that a well funded terrorist group such as ISIS could buy the technology and use one itself. 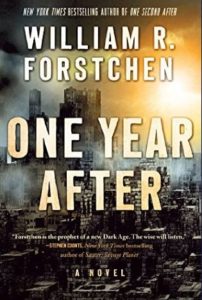 In addition to dozens of historic novels and “One Second After“, Dr. Forstchen has written a sequel titled “One Year After” which picks up where the first left off.  The first story’s climatic scene is of the town defending itself against an army of ruthless bandits while the second has the town facing off with a corrupt government official put in charge of the region.  Both story lines are very plausible and reflect what could easily happen after such a disaster.  I encourage you to pick up a copy of both books and prepare to be immersed in a world without electricity.  Its unnerving yet inspiring to see how the characters band together and survive.

I had the opportunity to recently meet Dr. Forstchen over lunch and appreciate his insights into the subject.  He has a passion for raising the alarm and I hope Retreat Realty can aid in that cause.  Dr. Forstchen is a full professor of history at nearby Montreat College, holding a PhD. from Purdue University.  Perhaps one day I can audit one of his classes! 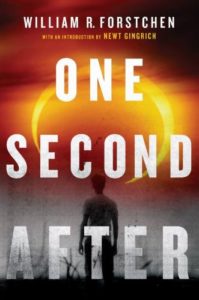