Lights out, A Nation Unprepared 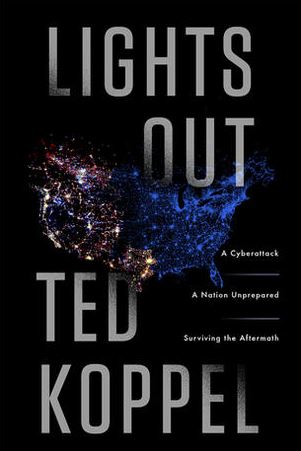 In a 2015 blog post, I referenced Ted Koppel’s book “Lights Out, A Nation Unprepared” when referencing the risk to our national power grid to that of a cyber attack. I finally read the book and despite any political differences of opinion you may have with is journalistic background, he hits the nail on the head with this book.

What struck me most is how our federal and state governments and power industry continues to effectively bury their heads in the sand, when this represents perhaps the greatest single threat to our nation today. He points out that at least we know who our enemies are that have nuclear options, and they know that we know to whom we can retaliate. However, in a cyber attack situation, there’s no easy way to identify the guilty party, and thus we don’t have the ability to threaten that unknown party with reprisals (which would be a deterrent). Furthermore, the instigators that can effectively attack us as a whole are no longer limited to nation states, but rather terrorists or even individuals with the skills and desire. How do you counter that?

Throughout the book he quotes dozens of former directors of “this or that” agency from FEMA to the Federal Energy Regulatory Commission to Dept. of Homeland Security to the NSA to the Department of Defense. Across the board, they acknowledge that our power grid is extremely vulnerable, and that the results of an attack would be beyond comprehension. Yet there is only modest effort to secure it, and no organized plan to deal with the after affects. Yes, FEMA is set up to handle localized natural disasters, but if one of the three national power grids went down for an extended period, the impact on millions would be many times greater and longer lasting than a major hurricane.

He delves into the cost and time it would take to replace key components as well as how to prepare on an individual or community level. He points out that we as a nation tend to respond to emergencies, yet don’t prepare as we should. After all, when the topic of prepping comes up, most people tend to be skeptical or laugh. That is, until something happens. But up to this point, there hasn’t been a national electrical failure, and until there is, this subject continues to get pushed aside in favor of other more important matters such as what some Kardashian is wearing to the Oscars.

Therefore, in light of the fact that in such an event, we shouldn’t expect much help from Washington, its up to us to individually prepare and care for our families. If your financial situation allows, one of those steps would be to have a bugout property or retreat property here in the western North Carolina Mountains that can provide you a safe haven and sustainable life while being off-grid. We have numerous properties in all price points such as this off-grid home on 33 acres or this off-grid dome house, and if we don’t have them listed with our firm, we can help you locate the right one. So call us today to get the discussion started.